This page is under maintenance. Please come back momentarily.

2021 AT A GLANCE
We are ready for the 2021 Phoenix Institute 2021 Summer Seminar for the Study of Western Institutions. Take a look at the newest updates.
1. ACADEMIC PROGRAM
The academic content of the 2021 program has been adapted to the times we are living in. All students will have two basic options you can choose from. See below for details.
2. COST
The tuition for the 2021 program will be 3,350 USD or 4,400 USD, depending on the basic option each student chooses to follow. See below for details.
3. COVID-19
Special requirements will apply due to the Covid-19 pandemic (for starters, all participants must be fully vaccinated against Covid-19 by June 13, 2020). See below for details.
Apply here to our Summer Seminars
OPENING SEMINAR

The Opening Seminar is to be held on the morning of Sunday, June 27. Attendance is compulsory for all students.

The Opening Seminar will provide a proper introduction to the summer course as a whole. Students will meet their professors, classmates, and coordinators. Also in the seminar, among other relevant information, students will review the calendar of curricular and extracurricular activities, and learn all they need to know about life at Notre Dame.

In both cases (Options 1 and 2), a 300 USD non-refundable initial payment will be needed for registration 72 hours after a student is notified of their acceptance to the summer program.

The 2021 tuition does NOT include meals. Students interested in purchasing an optional meal plan can do so for 191.10 USD for 15 meals.

The University of Notre Dame requires all Phoenix Institute students to be vaccinated for COVID-19 before the start of the summer program with a vaccine approved by a US federal agency. If you have received a COVID-19 vaccine other than Pfizer, Moderna, or Johnson & Johnson, instructions will be provided so you can request special approval from the University Health Services.

If you are unable to get a COVID-19 vaccine while outside the U.S., the University of Notre Dame will help you register for the vaccine in the South Bend community for you to get vaccinated within 72 hours upon arriving on campus.

COVID 19 PROTOCOLS
Participants will need to observe all applicable Covid-19 Notre Dame protocols and guidelines for the duration of the summer program. For more information on what such protocols and guidelines might be, visit: https://here.nd.edu.
The Phoenix Institute reserves the right to reschedule the summer program for 2022 if the ongoing developments require so.
MEDICAL INSURANCE

Because of the high cost of medical treatment in the United States, all students must purchase a medical insurance policy prior to arrival at the University of Notre Dame. The Phoenix Institute cannot provide for any medical care or medical costs and insurance coverage.

Participants who have not sent the Phoenix Institute written proof of their medical insurance coverage by June 14, 2021, will not be admitted to the summer program.

The Seminar will be held at the University of Notre Dame, South Bend, Indiana.

TRAVEL ALTERNATIVES FROM CHICAGO TO THE UNIVERSITY’S CAMPUS

By bus: Coach USA has bus-shuttles several times a day between both Chicago O’Hare and Chicago Midway airports and Notre Dames campus.

By train: The South Shore Line trains run directly from the Chicago Loop (corner of Michigan and Randolph) to South Bend Regional Airport in South Bend (about a two-hour trip). From the South Bend airport, the Notre Dame campus is approximately a 15-minute ride by car.

By plane: There are a few airlines that fly to the South Bend Regional Airport. Please consider that this is NOT an international airport.

Many travel restrictions are in place worldwide due to Covid 19. Make sure you understand and follow the United States and airlines’ requirements related to travel, testing, or quarantine while planning your participation in the summer program. If you do not follow such requirements, you may be denied entry to the United States.

The University of Notre Dame will not require foreign students to get a student visa in order to participate in our summer programs (a regular B2 visa will suffice). 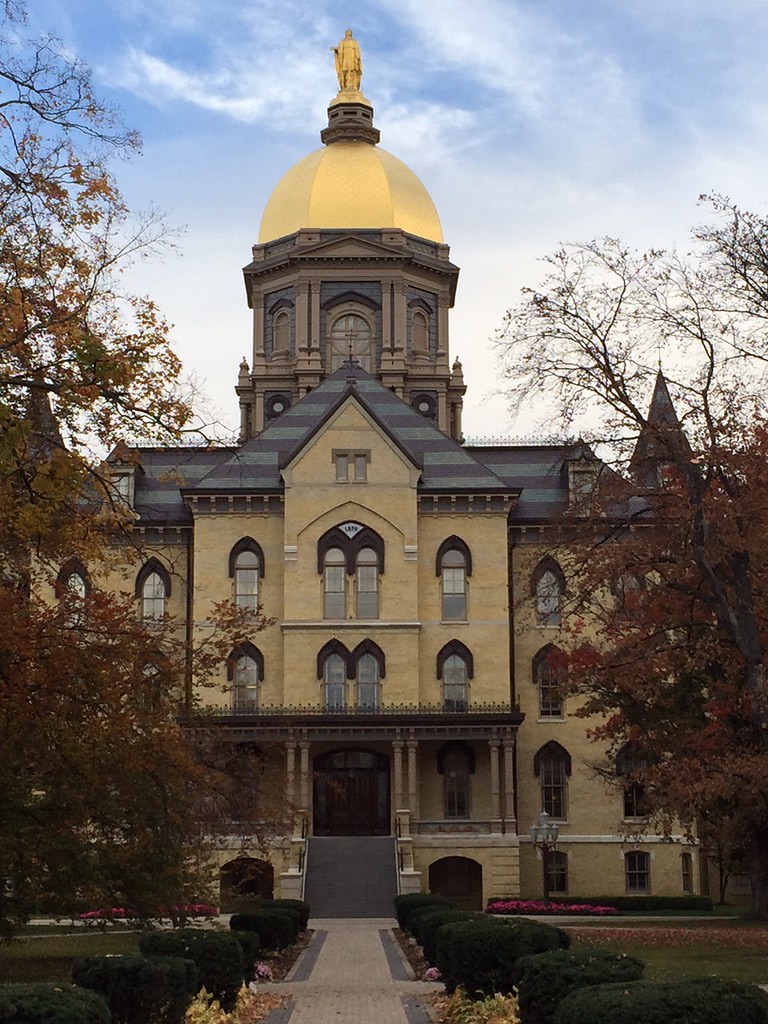 Apply here to our Summer Seminars

The Gerhart Niemeyer Graduation Seminar is the academic activity through which Phoenix senior students (Third Year) complete the Institute’s Program in Advanced Social, Economic, and Political Studies.
Third Year students are expected to arrive on campus on Wednesday, June 23, three days before the rest of the group.
The Graduation Seminar will cost $120.00 USD (TBC).

The Gerhart Niemeyer Graduation Seminar is the academic activity through which Phoenix senior students (Third Year) complete the Institute’s Program in Advanced Social, Economic, and Political Studies.
Third Year students are expected to arrive on campus on Wednesday, June 23, three days before the rest of the group.
The Graduation Seminar will cost $120.00 USD (TBC).

Manage Cookie Consent
To provide the best experiences, we use technologies like cookies to store and/or access device information. Consenting to these technologies will allow us to process data such as browsing behavior or unique IDs on this site. Not consenting or withdrawing consent, may adversely affect certain features and functions.
Manage options Manage third parties Manage vendors Read more about these purposes
View preferences
{title} {title} {title}